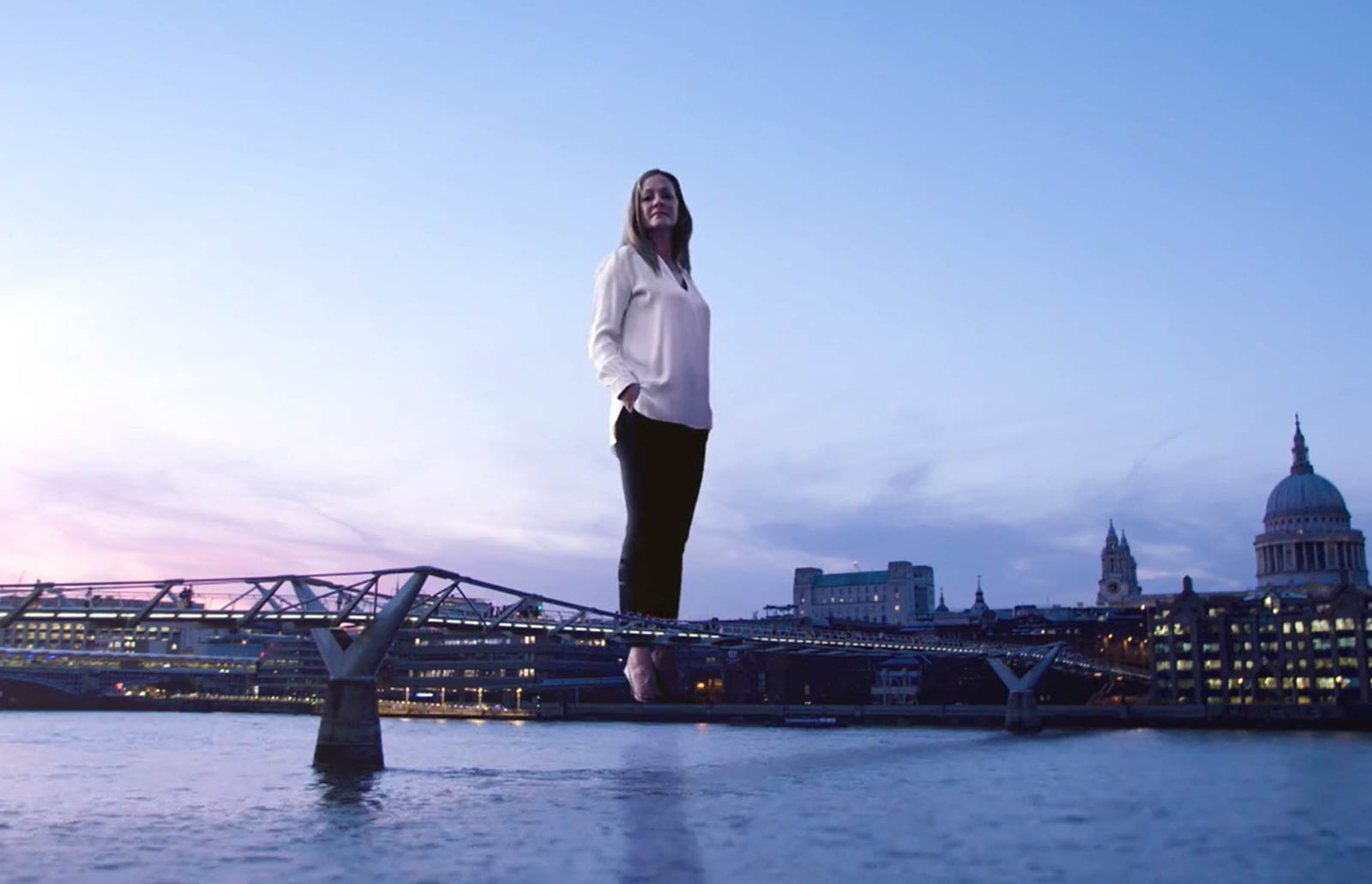 Vesio provided production services on this shoot - A 30 second video and posters for the Science Museum's latest campaign video “Big Thinkers” as part of their Autumn 2019 exhibition.

AKA London is a global advertising and marketing agency. They hired Vesio to organise a two unit crew shooting at high profile locations across London. In less than a week we conducted recces, obtained location permissions, and organised two sets of cast and crew. The project was filmed with the Sony FS7 mk2. This allowed for the fast turnaround times required by the limitations of the one day shoot.

The concept of bringing larger than life giants to the London Skyline meant that the crew filmed plates of the vistas before setting up a greenscreen on location to capture the actor in situ with matching lighting. This allowed AKA's internal VFX team to seamlessly integrate the characters with the environment.

The centerpiece of the video is the 'Self-Conscious Gene', by Marc Quinn, a bronze sculpture by Eleanor Crook. Our DoP lit the subject using Kinoflo 4ft 4Banks & Dedo LEDs, in order to selectively highlight and expose important elements of the vast exhibition space, using highly controllable, precision lighting.

Big Thinkers allowed the team at Vesio to work with directing talent through a global agency (AKA) to deliver an advert that has gone on to play in cinemas nationwide and be featured on the clients social media & website.