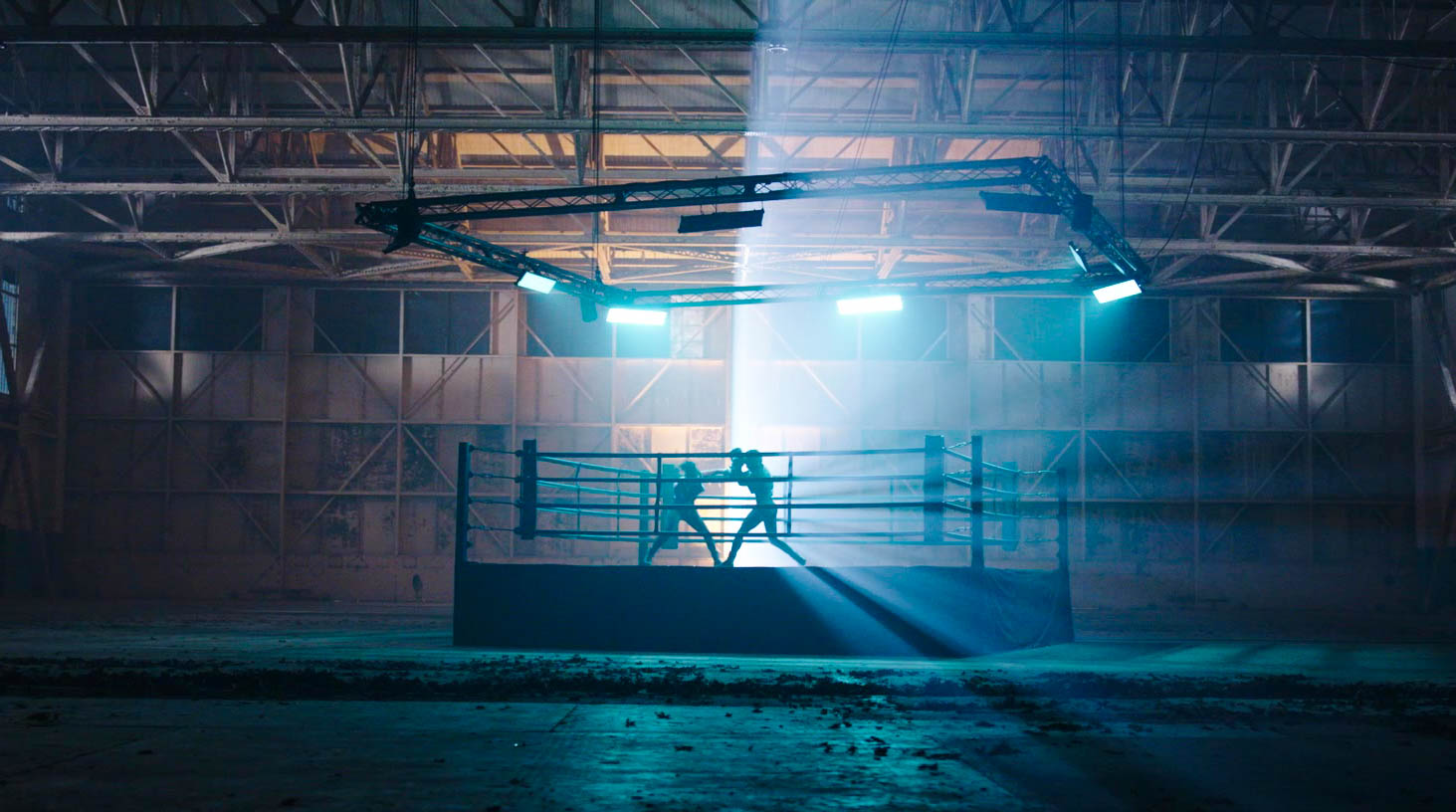 When the world told her no, she trained in secret. When her faith was called into question, her belief cemented itself. Ruqsana Begum does not compromise, she perseveres. Now the World Kickboxing Association (WKA) 48kg World Champion, Ruqsana has spent her life breaking down personal and cultural boundaries. She is an inspiration to women across the country, encouraging people to follow their passion and transcend stereotypes regardless of their origin.

Vesio worked closely with Pooka Projects and director, Francis Castelli, across all stages of production to bring Ruqsana’s story to life. The final result sees a 5 part web series with two teasers that are a deep dive into the mental stage of an athlete. It is the story of the internal battle Ruqsana faces before each fight. We aimed to create a high end, art project that told it’s story without any dialogue, but with striking visuals and through a foreboding sense of dread. This is by far Vesio’s most ambitious project to date.

From the beginning of the process, Chris Hailes developed the tone and styling of the project alongside Francis and the cinematographer, Ian Murray. The three worked hand in hand over many months to develop set pieces and visual motifs that would reflect Ruqsana’s story and soul. From here, Gymshark came on board to help make the project a reality, providing the funding and wardrobe for the project - as well as bringing Ruqsana into their team of influencers.

The production saw multiple days of shooting, between aircraft hangers, abandoned army mess halls and high speed studios. Ian Murray called upon his vast network to make this shoot possible. Ibrahim from Ascension Films came on board to create the signature cable cam shot that spans the length of the hanger, revealing the ring and the opponent. David Morphy from Cirrolite provided all of the lighting and worked alongside Ian to design the striking visuals throughout. David’s expertise were essential to bringing the falling sequence to screen, he worked with Love High Speed, who provided a Phantom Onyx which at the time of filming was one of three in the world and the only one in europe. The Onyx shoots at up to 12,000fps, meaning emitting the light required to expose the image was a challenge in of itself.

The demands of the concept required an excellent art direction, Eliora Darmon stepped in at an early stage and worked closely with Francis, Ian, and Chris to design environments around the blocking. She is to thank for the boxing ring in the hanger, after many hours of gaffer taping the ring to make it black and blue, the result was breathtaking. Her environments gave the cinematographer and director endless opportunities to create beautiful imagery.

The talent and dedication of the crew was left in our hands, as Vesio Productions handled the post production. Chris worked closely with Francis to edit a 90 second directors cut. However, the edits featured here are an extended edit created by Chris & Ian. After months of working with the rich visuals, they saw an opportunity to create a web series the included all of the shots that didn’t make it into the final 90 seconds. The goal was to create an arthouse edit that told the same story but would be separated into episodic installments, allowing each beat of the story to breathe and to slowly build the tone, escalating to create the calm before the storm. These edits are due to be released on Ian’s instagram.

Once the edits had been locked, Horia Dragoi tackled the clean up work required on the slow motion falling sequence and used Nuke to recreate the ring in post, allowing Ruqsana to fall through the fall and hit rock bottom on her journey. The main challenge here came with creating a realistic motion of the collapse at 12,000fps, the otherworldly nature of this frame rate leaves little to the imagination, but the final effect is striking. The final stage of the production came with Ollie Gill from Nice Biscuits, who graded the web series and the 90 second cut.