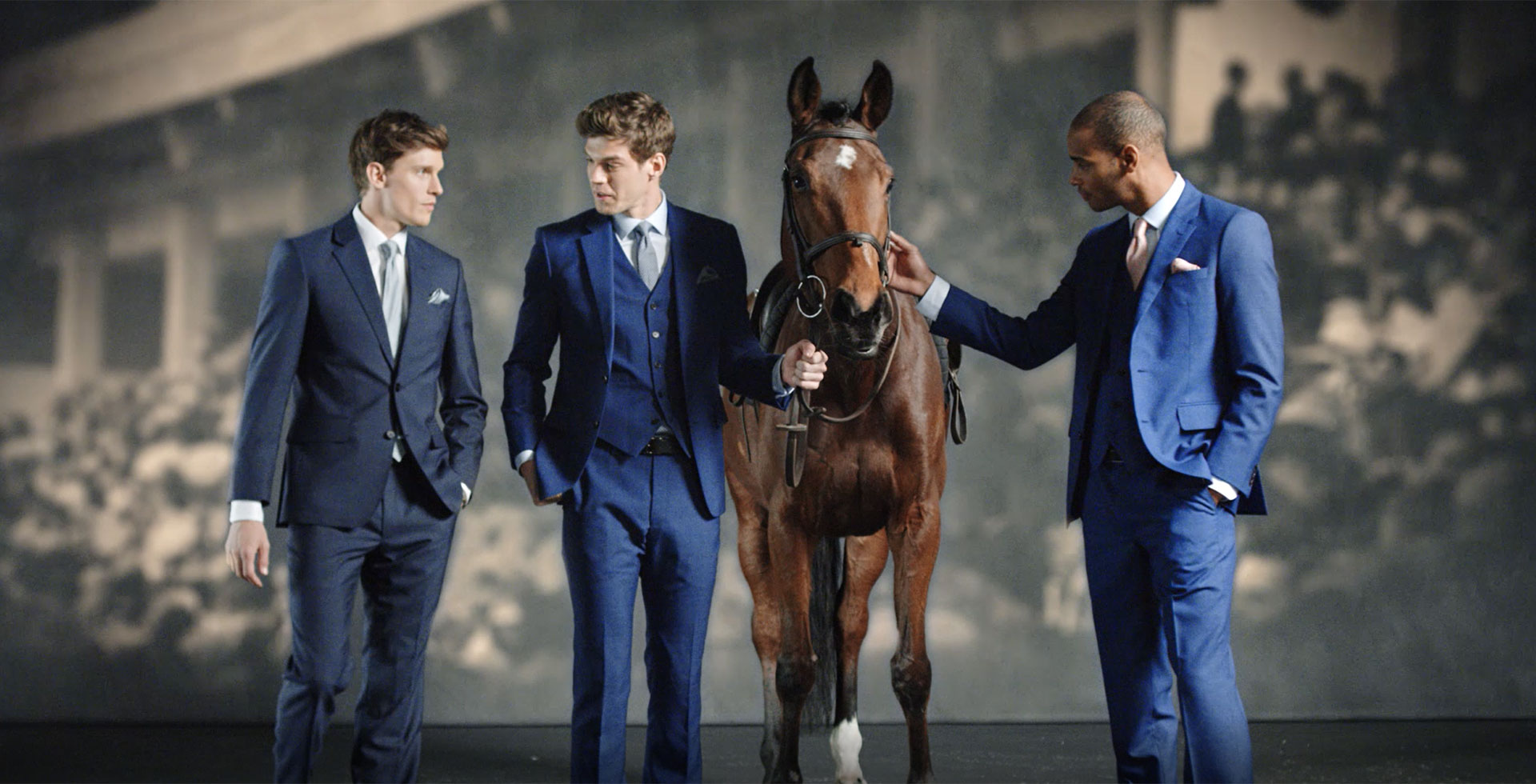 Vesio provided editing and VFX services on this project. A 30 second advert to showcase T.M.Lewins latest line of suits designed for the high prestigious Royal Ascot.

Director Francis Castelli brought together tamed horses and fashion models for a one day studio shoot. This unscripted project allowed for experimentation on the day, with DoP Ian Murray using dried ice to create smoke effects that emit from the horse - capturing the calm before the storm. Professional horse trainers were used to safely create the illusion of a wild horse losing control, allowing it to run and buck inside the small space. To add to the visual chaos, the DoP placed glass prisms in front of the lens, causing a distortion that cuts through the frame in wildly unpredictable, but very cool ways. This project was shot on a RED Dragon and was lit predominately with Dedo Lightstream.

Due to the unscripted nature of this shoot, the story was found in the edit - we aimed to create a calm before the storm, a build of pent up energy that would be released in one chaotic burst. The pacing of the video was key to achieving this while showcasing the suits. We used the calmer moments to build the tension and show details of the products before bursting into visieral, violent action scenes. As the studio was small, the range of movement was limited, therefore the editor used digital movements, masks & fasted paced cutting to create the illusion of layered chaos.

The main challenge for visual effects was to add a distorted projection featuring the Ascot race where half of the commercial was filmed on green-screen with the other half on a textured grey backdrop. Using advanced rotoscoping and image based keying techniques we were able to retain the DOP's in-camera lens distortion effects and deliver the project quickly.