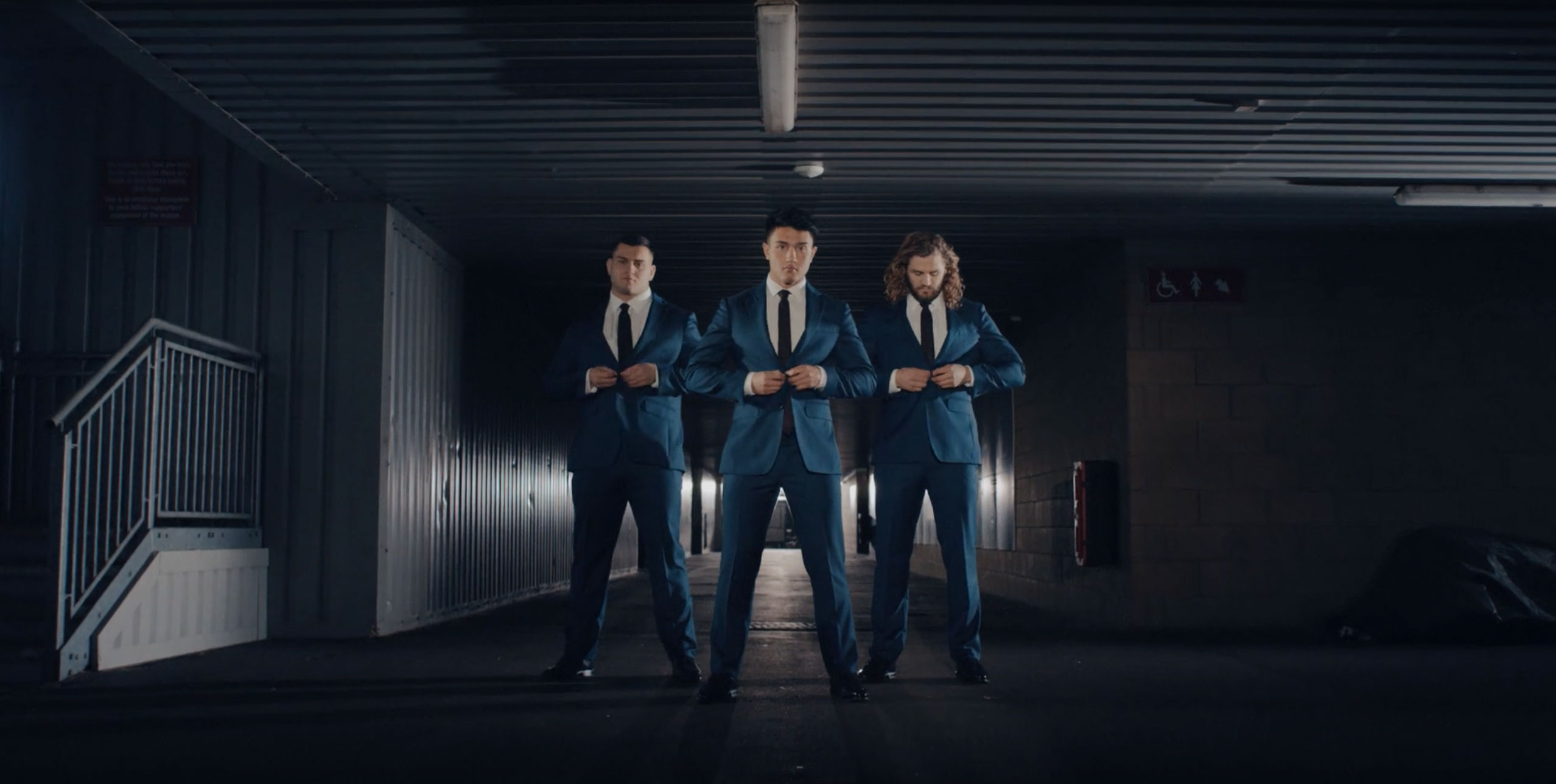 Vesio provided editing services for this project. A series of short adverts for T.M.Lewin covering their sponsorship of rugby clubs - Gloucester Lions, Harlequins and the Waps. Each advert sells a different feature of the unique suit ranges - machine washable, rip proof, stretch shirts.

Each shoot was a one day, unscripted shoot that allowed the director, Francis Castelli and DoP, Ian Murray to improvise with the rugby players and create dynamic sequences of play fighting, scrumming or generally showing off their new suits. Two of the videos were filmed in a stadium tunnel while the third was filmed in a shutdown warehouse, all of the videos were shot on a RED Dragon and lit with a mixture of Kino & Dedo lights.

The first video we completed was the stretch shirts with Gloucester Lions. We used the 4K footage to its full advantage in this edit, digitally tracking in, punch zooming and speed ramping the footage to be effect heavy. The original edit was too a much darker track, however as the other videos took shape, the styling/mood was changed by the creative director and the music had to be retrofitted to match the old edit.

Machine washable with the Waps was the second video. This one was due with the client over christmas, meaning our editor took it on their holidays to edit on Christmas Eve - talk about dedication. This video saw the rugby players waiting around a washing machine for their suits to dry. Only once they are fully dressed, does the fun start. In order to achieve this transition, two different songs were used (sourced from Artlist) and blended together to allow for a big release of energy. Similarly to the other videos, this one requires a lot of digital effects and tracks as most of the footage was filmed in 4K wide shots.

The final video (and our favourite) is with the ripstop technology suits. This video was filmed after the other two had been edited and therefore was shot to match the style, meaning there were far less digital effects needed to achieve the look. However, there are still many throughout to add further flare. Ironically, eagle-eyed views will be able to spot that one of the suits did rip, despite the advert selling otherwise. This happened at the beginning of the day and made cutting around it impossible. Therefore, we had to keep an incredibly high energy in cutting and movement to make sure the eye did not have the time to register the on-set mistake.

All three videos were released on T.M.Lewins social media and official youtube channel.