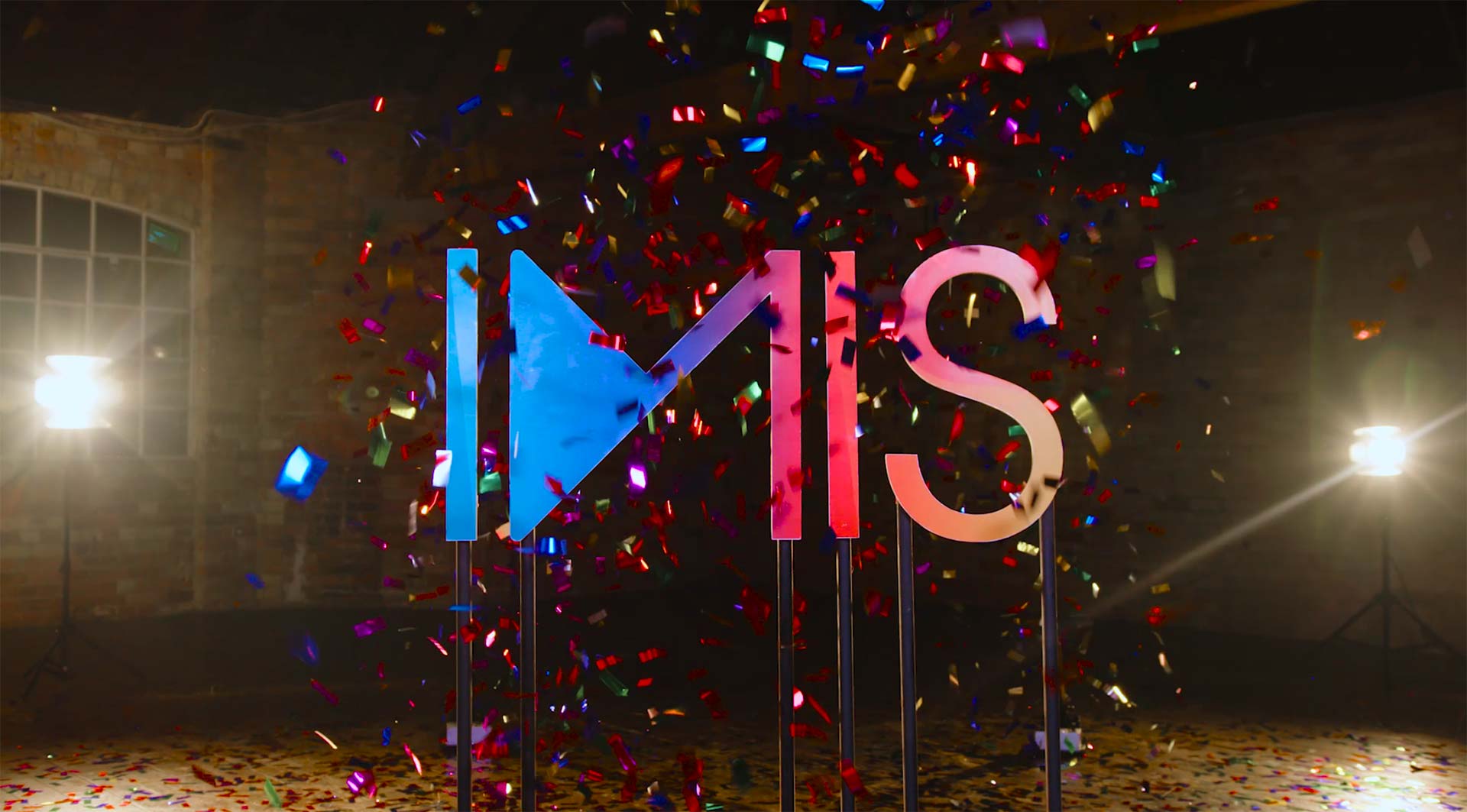 Vesio provided full creative, production & post-production services on this project. We worked with the director of IMIS to develop the style and establish the content that they needed to feature. From here, we designed quick fire scenes and transitions that would integrate with title cards over the top.

This style of video meant that each shoot had varying levels of complexity. It was a multiday shoot that required multiple locations, actors and props - with some shoots taking a full day to create a single effect, for example the hyperlapse sequence saw the team at Crixus Studios with multiple actors & models coming in from all over London for a simple headshot; this was then combined into the final sequence to build the visual representation of their growing user base. Other locations were fairly simple, from shooting within an IMIS networking event to get a naturally busy room and planting actors in the centre to shoot, to a classroom at Greenwich University with some students learning how to set up kit.

The staple shot of this video (other than Sir David Attenborough's close up) is the final logo ident. Our prop designer, Oren Locke, built and painted the IMIS logo for us to fire confetti through for the finale of the promo. This practical effect was designed to be the final punch of the high energy video and be the ultimate celebration of the brand - it also led to many hours of sweeping up confetti.

IMIS was formerly the BKSTS, a society of filmmakers established in 1931, the promotional video is part of their rebrand. Aimed at recruiting younger members, the the video is designed to be featured on social media and at industry exhibits, such as BSC and BVE, where sound playback may be limited or not possible. Therefore, we focused on creating strong visuals that told the story alongside motion graphics. Large text was combined with 3D tracking effects and integrated into the live action plate, creating a fast paced summary of everything IMIS has to offer.